The process of writing this book was both similar to, and different from, the experience of preparing to launch it. Let me explain.

There are plenty of opinions in the author community about traditional vs. indie publishing vs. hybrid. What it mostly boils down to is control. The more control you want, the more potential upside, but the more potential work is all on you. If you wonder why anyone would send hundreds of query letters for the scant chance of a traditional publishing deal, only to wait 2+ years for it to actually be published and get 8–10% of print sales and maybe 25% of digital in return, well, I think the answer is because writing, launching, and promoting a book is 291 assloads of work. I did the math.

Writing the damn thing was hard enough. I started writing with only the barest notion of how the story would unfold and ended up needing 7 drafts just to get it to where it mostly counts as a story. Frankly, I didn’t even really understand what makes a story a story when I started, which is not just a narrative with a beginning, middle, and end. Turns out there’s a whole lot more to it.

That said, I think what ended up in the book works. I’m happy with it and I’m proud to share it. But I sincerely believe that everything that follows will be better.

As detailed in a previous post, I submitted it to Kindle Scout in December and the results were a mix of encouraging and depressing. In the end, very few of those books are selected by Kindle Press, including one that I’m pretty sure was in Hot & Trending every hour of every day. But the big upside is that everyone who nominated me would be notified by Amazon when it was available for sale. 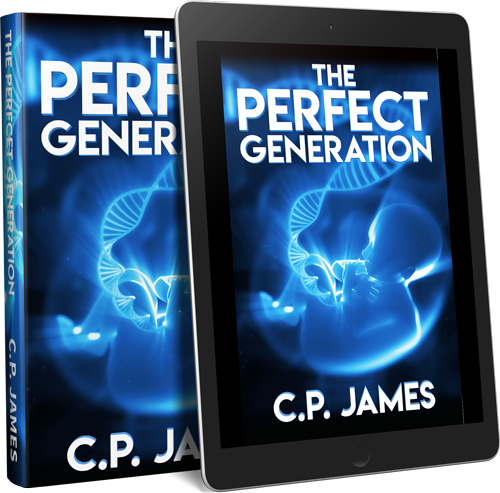 After that, I had to read the whole thing out loud because that’s the best way to catch typos and awkward sentences. Somewhere in there, I happened to do a search for my intended pen name, Cody James, to be certain no other author was using it. Guess what? Some young fella across the pond wrote a fantasy novel under the same name. After hemming and hawing for a while, I settled on the slight modification of C.P. James. So any sci-fi-ish novel going forward will be under that name.

Then I had to change the cover, which takes a while because the text is in 3D and rendering it out in Photoshop is slow. I tightened up my blurb and Amazon description and Amy helped get it laid out properly for the paperback edition, which Amazon prints on demand. With the cover ready, I could use some free templates to generate the 3D promo graphic depicting the iPad and print version.

So we’re getting closer now. On a lark, I search Amazon for the title, for which there were no matches a couple months ago. Guess what? Someone wrote a YA novel, the first in a series, with the same exact title. I wondered if I should change it, but the genre and design are so different that I didn’t see the point. Plus, there is absolutely no other title that would do, book titles aren’t copyrighted anyway, and that author doesn’t appear poised to become a household name. I decided to let it ride.

As all this was happening, I kept tweaking my website and started the considerable work of building out my email platform. The key to building a writing career in 2018 is to have an email list of readers who enjoy your work. That means offering something for free in exchange for their email, and designing the forms and automation that will collect that information, confirm their subscription, and provide them the link to the free stuff. But while you’re doing that, you also need to figure out what the hell you’re going to give away. Once you’re established and you have like 20 books out, you can pick one and just make it free to new subscribers.

In my case, I didn’t have that so I decided to pick a character from The Perfect Generation and write a novella about them in an origin-story format. I chose Marius Beecher, the lead singer of the fictional band, Clockwatchers. Since the science-y part of TPG happens after he’s grown up, covering his early years couldn’t be science-y, so it’s closer to a YA novel than anything. Everything that had to be done got TPG (editing, cover, etc.) also had to be done for this. Will everyone who enjoys TPG like Clockwatchers? Not likely. But hey, it’s free and a quick read. Will people trade their email to get it for free? Who knows? I hope so. But I also created a reading companion for the book and book-club discussion questions to sweeten the pot, plus links to some very old short stories from way back when.

Then came promotion. You have to promote a book for people to find it. So I had to start learning more about Facebook advertising and Amazon advertising, which work in very different ways and require pretty specialized knowledge to do well. Most of that is yet to come.

Hopefully everything is in place now and people will check out the books. Hopefully I’ll start to build a decent list of readers and have a little head of steam when I launch the next ones. That’s how it’s supposed to work, anyway. People will review it, and I have to just hope that the reviews are favorable. There will be 1-, 2-, and 3-star reviews in addition to the 4- and 5-star ones, and I have to know those will come. That’s part of the deal. I don’t have a thick skin, but I’m going to need one now if I want to be an author—and I do.

There’s a very real possibility—even a likelihood—that the market doesn’t respond much to this book or me as an author. But I have to remember that I’m building a tiny, minuscule little brand here. It takes time for any brand to get traction in any market, but the ones that persist the longest stand the best chance. It’s an adventure, and I like those.

The promotion piece will be a learning experience. I’ll do some A/B testing, refine my keywords and metadata, and hopefully build some mojo. In the meantime, I need to keep writing because I die inside if I don’t. To that end, I’m currently outlining (very thoroughly this time) a series that I plan to launch in early fall, one month apart. I’ll be sharing articles on my Facebook author page that hint at elements of that story, which has some elements similar to Hugh Howey’s megahit Wool along with plenty of hard science. Keep an eye on that.

In the meantime, I hope you’ll reach out and let me know what you think of the book, or ask any questions that arise from reading it. I intend to be very open and honest about this experience and my process.