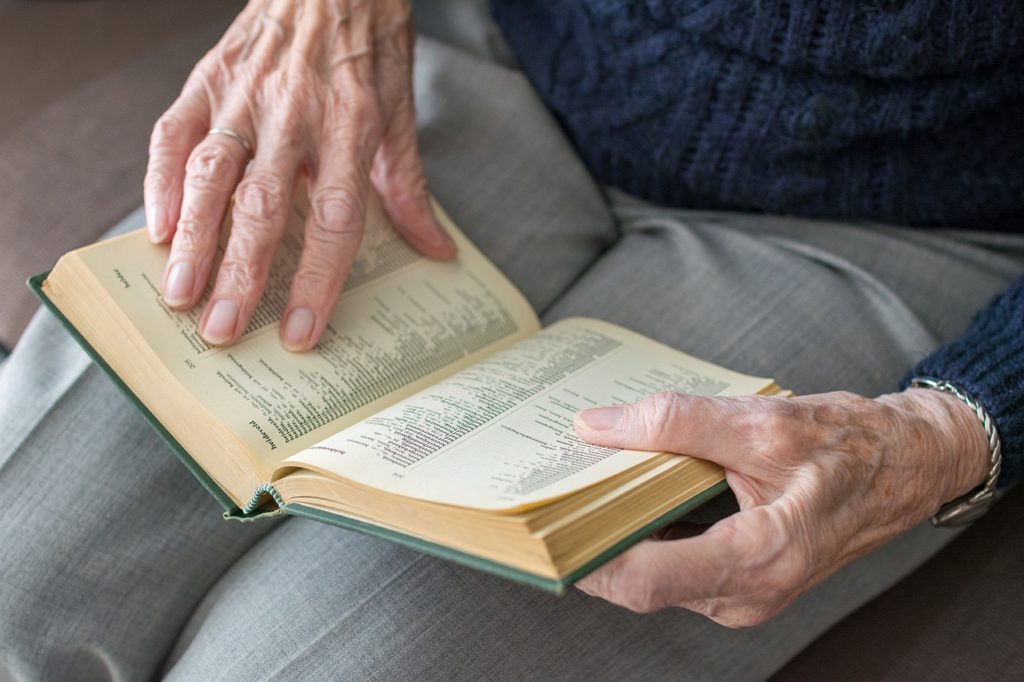 I used to work at this little liberal-arts college in Wisconsin called Ripon College. Great little school with awesome people. One of their most-used phrases when talking about the value of a liberal education was that it supposedly engendered “lifelong learning” as a value. I’d really drank the Kool-Aid there so that sounded really nifty to me. You’re never too old to learn new things. Cool.

To be honest though, I had a pretty narrow view of that. When I pondered the phrase, I mostly pictured those stories about seniors going back to finish their college degree, or taking a Tai Chi class at the Y. So not quite in the abstract, but close.

Last week, a fellow we met at our golf course named Jim Schell heard we were authors and invited us to coffee. He’s an author himself, it turns out, having written a number of books related to business and entrepreneurship. He even owned a small imprint at one point. He was interested firstly in us and our writing journeys, which is always gratifying, but he started asking about Medium, the online publishing platform where anyone, anywhere can write about anything and potentially find an audience. Not only did Jim still have something valuable to say at 82, but he wanted to use a relatively new online platform to do it. My wife and I both had published a couple articles to Medium and said we’d be happy to help him with it.

A few weeks later, he invited us to his home to give him a quick tutorial. His place is gorgeous, situated on a rare high point in the sagebrushy desert a few miles southeast of Bend, OR. From it, they can see all Central Oregon peaks, Mt. Hood to the north, and on a very clear day, Mt. St. Helens way up in southern Washington. From his neatly organized office, we flanked him in chairs as he clicked his way into Medium and told him how to start posting a new story.

He clicked the button, and the page started to open but didn’t finish. (hurdle 1)

“You must have popups blocked,” I said, and checked his browser settings. He didn’t.

Then I noticed he was using Internet Explorer 9. Whatever scripting or HTML 5 Medium uses to open a new story window wasn’t being recognized by his ancient browser. I pointed this out and he said he had Chrome. He opened it and went to Medium, only now he wasn’t cookied and the browser didn’t pass along his login credentials. (hurdle 2) He had to find his Medium login, which was not surprisingly written on a piece of paper he keeps in a little folder. Finally we got him in and the “New Story” button worked as it should. Great!

He found the article he’d already written in Word, which had hyperlinks. Since newer versions of Word use HTML, we hoped that just pasting would retain hyperlinks and formatting, which it did. Great!

He had a list of things that he wanted to make a bulleted list. Doing that in Medium is not straightforward, with its ultra-slim GUI. There was no way to do the whole list at once so we had to go line by line—asterisk, space, repeat. But the first line wouldn’t format itself. (hurdle 3) I know that sometimes this is because the software doesn’t “see” a hard return even if it looks like there is one, so I had him backspace to the previous line, hit return, and suddenly he could make the first line a bullet. Great!

We posted the piece.

“Now how do I let people know it’s there?” he asked.

That’s a whole can of worms, of course, but he had a Facebook account so we suggested sharing it there and through LinkedIn, where he’s also active. When he posted the link, it didn’t pull in the picture he’d included with the article even though it’s supposed to (hurdle 4). We didn’t know what to tell him there.

What this taught me

My parents are about Jim’s age. They don’t find anything intuitive about modern technology and mostly only tolerate it in their lives. They have the local computer shop on speed dial and the shop, I’m quite certain, has a line item just for them on its P&L.

I get it—sort of. If you didn’t grow up with computers, didn’t use them in your work, and only come to the party once you’re left with no choice, the ramp is awfully steep. Sometimes, for example, I’m typing in a document and accidentally click outside it. The cursor is blinking in front of me but nothing happens. I know instantly it’s because it’s no longer the active window, and that it will work just fine when I click back in it. But unless you have had that happen and know what to do, you’re going to want to throw the mouse at the screen and pour yourself a stiff drink.

I love—LOVE—that my new friend Jim still wants to contribute to “the conversation” at his age. I love that he wants to use modern technology to do it, and I love that he’ll be happy if only a handful of people wind up reading it. He embodies “lifelong learning” in a way that is concrete and awesome. But most technology is not particularly friendly toward his generation. Medium is supposed to be dead simple, but for him it wasn’t. That’s a shame. I’m more tech-savvy than most but almost daily I encounter a head-scratcher that I only know how to solve through trial and error (and search).

Lifelong learning sounds great, and it is—in theory. But learning new things at an advanced age in 2018 isn’t all it’s cracked up to be. Access to technology isn’t the same—or arguably as good—as facility with technology. “Getting” how it all works is extremely useful. But technology is supposed to reduce the distance between you and a simple-ass goal like posting to Medium, not lengthen it. But it does underscore a frustrating fact about adulthood: it doesn’t get easier to learn new things as you age. We have to applaud those who try.

I asked Jim whether he considered technology to be more of a tool or a hurdle. He said, “Oh, definitely a tool.” Then he added with a wink, “But also a hurdle in my case.”