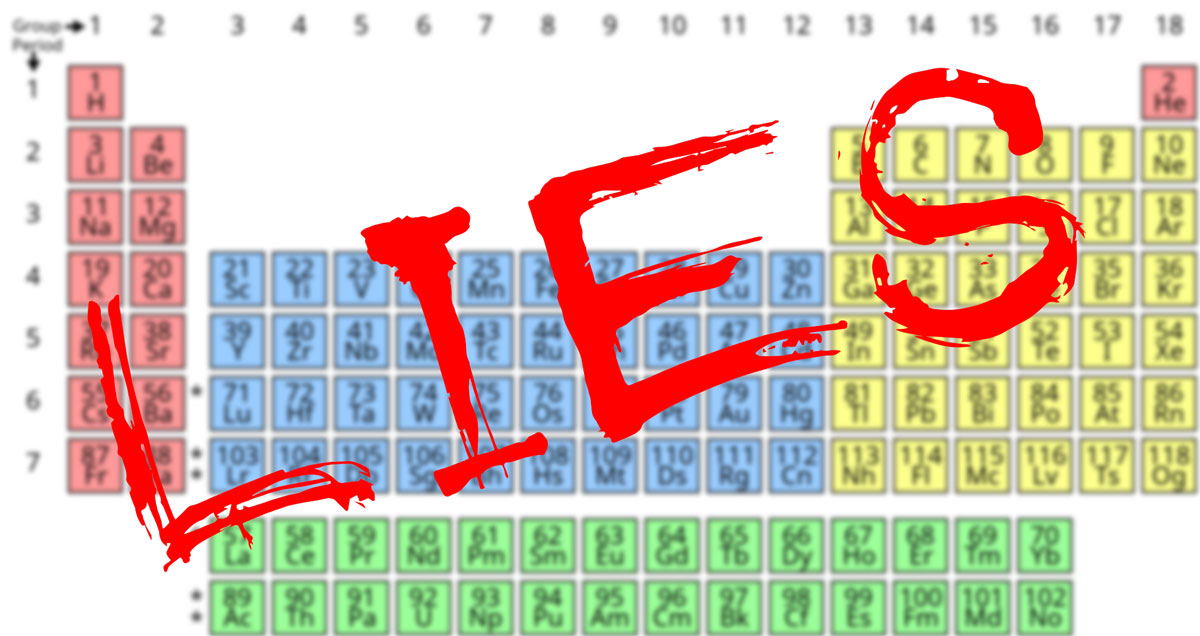 Whitney Edgerton remembers the first time her science teacher, Mr. Ross, talked about the periodic table of the elements. At the time, she says, she was young and naive, willing to accept the fundamental building blocks of the universe as fact. Now, after weeks of reading forum posts and watching videos online, she believes she was intentionally and maliciously duped by so-called “Elementists,” and rejects the notion that human beings and other life forms are carbon-based.

“I remember hearing that pencil lead and diamonds were carbon-based,” she said. “But then Mr. Ross said humans are carbon-based, too. It doesn’t take a genius to see that we look nothing like pencils or diamonds. Plus, those things are hard and people are soft. It doesn’t add up.”

Edgerton says the claim was likely perpetuated by generations of science teachers who stood to profit from Big Carbon and were too lazy to question the carbon-based narrative they were spoon-fed by curriculum boards. She has collected 100,000 signatures on a petition to force the U.S. Department of Education to admit that people are actually made of flesh, bone, and hair. Other things, she says, are usually made of wood or plastic, not carbon.

“It’s all out there,” she asserts. “It’s amazing what you can find when you just go looking to validate what you already believe.”

Conspiracy groups like QAnon have given rise to a wide variety of movements dedicated to challenging established scientific dogma such as the shape of Earth. Even object permanence has been called into question, with Rep. Marjorie Taylor-Greene (R-Ga.) calling for the State Department to find out where the sun goes at night.

“What’s it doing over there while we’re asleep in our beds?” she recently asked in an interview with OAN. “Well, guess what else is on the other side of the world? That’s right — China.”

Anti-Elementists believe that the periodic table is actually a chicken-drop board stolen by antifa from PJ’s Old Tyme Tap in Pocatello, Idaho, and that the symbols are merely the initials of patrons.

“Look here,” said Edgerton, stepping out of line at Shake Shack to point at a printout of the periodic table of the elements, which conventional wisdom suggests was originated by Antoine Lavoisier in 1789. “You’ve got Na for Nathan, Be for Beth or maybe Bert. Over here is P for Paul or Patricia. And all the squares are numbered, just like any betting board. That’s all this is. We just got brainwashed into believing it’s something it ain’t.”

Edgerton and other Anti-Elementists are planning a large-scale “Capture Carbon” march on Washington this spring.